PayPal and eBay’s former Director of Dispute Resolution on how technology can help resolve conflict and what tomorrow’s systems might look like
Stefan Palios
Dec 19, 2022 3 min read
In: Plumia Talks

Colin Rule built his career on conflict. After taking a mediation course in college in the 1990s, he became interested in the science of resolving disputes.

Rule went on to become PayPal and eBay’s Director of Dispute Resolution and is now the CEO of Mediate.com, an arbitration platform.

“For me, dispute resolution is fundamentally about practical peacemaking,” Rule says in a Plumia Talks live interview. Rule outlines what the dispute resolution systems of the future might look like and the issues that arise when private companies get into the space.

eBay was one of the first e-commerce companies to realize it needed to find a way to resolve disputes on its platform. This was driven by a pressing business need: if people encountered problems on an e-commerce site, they wouldn’t buy from it in the future.

When Rule started at eBay in the early 2000s, the online marketplace had roughly 250 million users. “I saw it as kind of like a new country,” he explains – and his job was to build its justice system. “It was very obvious to me that the legacy justice system was not going to work for global e-commerce.”

Rule gives the example of a common eBay transaction. It’s possible that a buyer in Argentina purchases something from a seller in France and the goods are shipped from China. Meanwhile, eBay is an American company. “How does the legacy justice system deal with that case?” Rule asks. “Where do you file that case?”

When Rule started his career, what he did was niche. Now, he’s seeing a range of industries adopt similar approaches to dispute resolution. Airbnb and Uber have both developed systems for users of their platforms.

“We're seeing the private sector step in and fill a gap that the public sector can't fill, because it can't manage to get this global cooperation,” Rule says.

He explains that private-sector alternative dispute resolution (ADR) systems use “information and communications technology to help people prevent, manage and resolve their disputes.”

He adds: “That global layer of governance is being created here in Silicon Valley.”

The justice systems of the future will be both niche and global. An example of this is Uniform Domain-Name Dispute-Resolution Policy (UDRP), administered by the nongovernmental internet maintenance group ICANN, which resolves disputes alleged to arise from abusive registrations of domain names.

“This new decentralized justice system will be powered by innovation from the private sector,” Rule says.

Commercial interests in justice, however, do raise some important concerns.

In some blockchain-based dispute resolution platforms, people are paid differently based on the outcome of the proceeding. This creates bias towards certain outcomes and can cause significant problems in delivering “fast-and-fair” resolutions.

The threat of bad actors is also greater in the private sector as it’s easier to hide within the system and not be held accountable. Rule says that groups like the International Council for Online Dispute Resolution (ICODR) are working to provide transparency and governance in this space.

“People are very suspicious of private entities and what their motivations are in doing this work – with good reason,” Rule says. “It's not that hard to imagine someone using technology to build a kangaroo court that is systematically biased against consumers.”

Building a staircase to justice

Rule says that the courtroom of the movies, with a judge in a black robe banging a gavel, is not the only way to build a justice system. “The way that we think about it in online dispute resolution is for each case, there's a staircase,” he says. “And the first step is always negotiation.”

The involved parties first try to figure things out between themselves. The second step is mediation, where a neutral third party helps the negotiation without decision-making power. Only then do you get to step three, the evaluative stage, where a third party like a judge, arbitrator, ODR system, or similar hears both sides, asks questions, and renders a binding decision.

Rule added, though, that the point of this staircase – or any justice system  is not to eliminate conflict. “Conflict is not a bad thing,” Rule says. “Every interesting society has a lot of conflict in it,” he says.

“We just want to make sure that any disputes that arise don't tip over into unproductive conflict.” 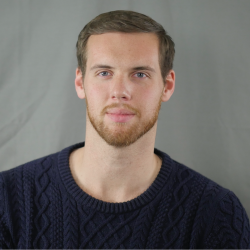 Karoli Hindriks: 'People's opportunities depend on the coincidence of their birthplace'

John Surico: ‘What makes a city?’